Being a history buff I posted a few month ago a review of the best, at least to my taste, podcasts on history. Since then I’ve also got my hands and ears on a few amazing audiobooks on various historical topics. Here is the list of the very best of them which I highly recommend. They are both entertaining and educational, and some of them changed my perception  of the world we live in.

Unlike the podcasts these audiobooks are not free, but they are affordable and worth every penny of their price. They are all available at  audible.com. If you set up a monthly subscription you can get them for the half or less of their street price, and you can cancel your subscription at any time. (I am not affiliated with audible.com in any way). 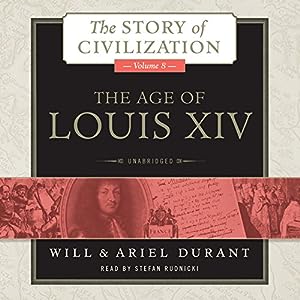 The Age of Louis XIV: The Story of Civilization, Book 8

By: Will Durant, Ariel Durant
36 hours

This fascinating book is not so much about Louis XIV himself but about the events and people of his era. It tells about the lives of such figures, to name just a few, as Newton, William of Orange, Spinoza and Peter the Great, all in the context of political, military and religious struggles of that time. 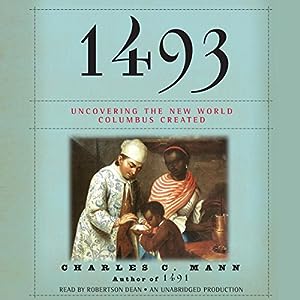 This is the story of the global effect the conquest of the Americas by the Europeans had upon the whole world. Learn about how the Spanish silver mines in Peru deeply affected the economy and politics of China, how the world was saved from famine by adopting the new agricultural species, and how several mass migrations of people were started in the new global world. 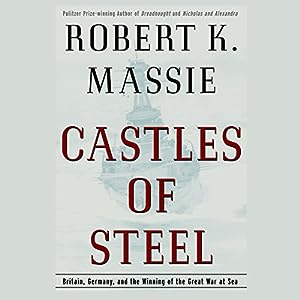 This book is about the lesser known side of World War I: the fight between the Royal Navy and the High Seas Fleet of Germany for the control of the seas. For the first time in history the monstrous steel battleships with unprecedented fire power faced each other in a battle life and death. Commanding the fleets of such ships and coordinating them in a battle was a problem with the technology of the time. This book outlines the history of the British and German Navies in the years before the WWI, and gives nail-biting accounts of the most critical sea battles of the War, including the Battle of Jutland. 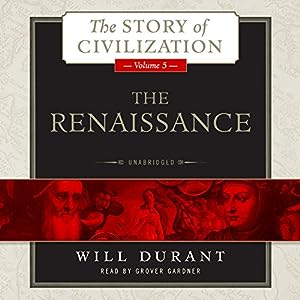 By Will Durant
38 hours

A comprehensive account of art, politics, economy and religious life it Italy during the time of the Renaissance. Enjoy the engaging narrative involving Petrarch, Leonardo, the Borgias, Michelangelo, Cellini, the Sforzas, Rafael, the Medicis and many others. Learn about the balance of power between the Papal states, independent City states and dukedoms of Italy in this period. This book can be called an encyclopedia of the Renaissance. I liked it so much that I even got myself a hard copy. 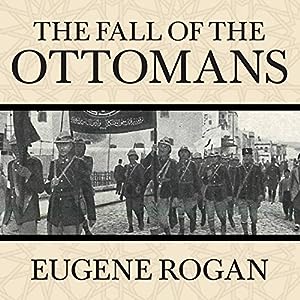 The Fall of the Ottomans: The Great War in the Middle East

This book explores yet another side of World War I that is lesser known, at lest to the Western audience. You will learn how the Ottoman Empire got involved in the war, what was the political atmosphere in the Empire at that time, and how it eventually fell, along with a few other empires that didn’t survive that war. 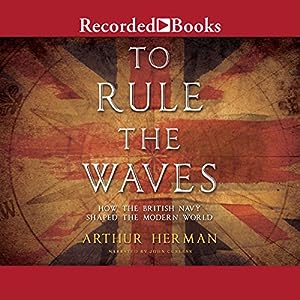 To Rule the Waves: How the British Navy Shaped the Modern World

This is the story of the British Navy from the times of Henry VIII to the 20th century, emphasizing its impact on the economy and politics in Europe and the whole world. It includes the accounts (not always flattering) of the first privateers such as Hawkins and Drake, the Spanish Armada and the long sea war between England and Spain, the fight for naval domination between France and England in the 17th century, the voyages and discoveries of Captains Cook and Fitz-Roy, the Battle of Trafalgar, British Navy’s unchallenged supremacy in the 19th century and its gradual decline in the 20th.