David Alfaro Siqueiros is considered one of the founders of Mexican Muralism, together with Diego Rivera and José Orozco. I remember his name from a fragment of a documentary I saw when I was a kid.

While visiting Mexico City a few months ago I saw a few of his murals and also learned a couple of interesting facts from his biography.

Murals by Siqueiros at the National University Campus in Mexico City. Note that his style is very 3-dimensional: 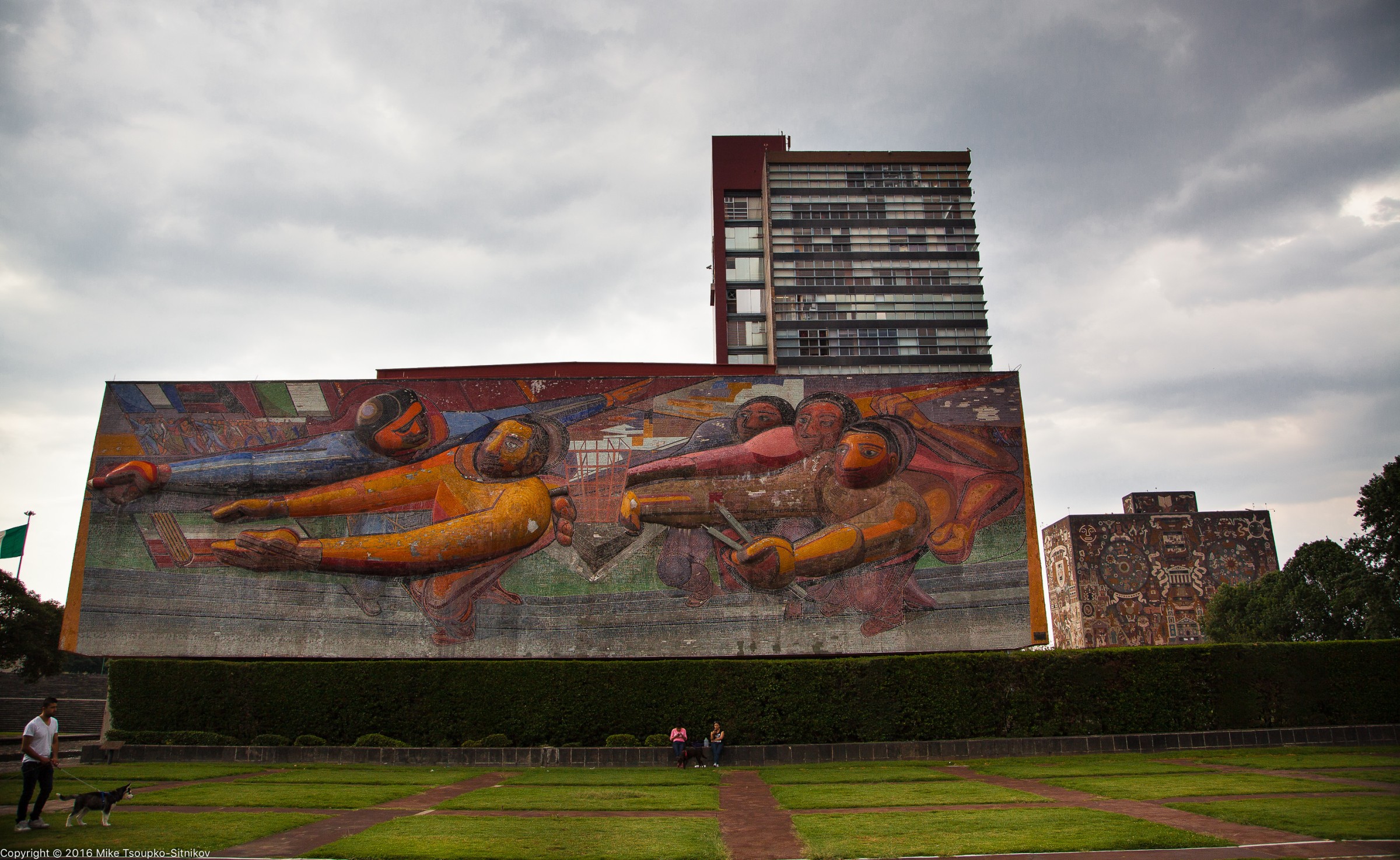 The last two items remind me of the Soviet mural art of the 1950s and maybe early 60s.

This is of course just a tiny fraction of Siqueiros’ murals one can find in Mexico City. I hope to see more in the future.

One thing that I learned about Siqueiros’ life that surprised me was that he took part in an unsuccessful assassination attempt on Trotsky in May 1940.

Our experience in Mexico City was unforgettable mostly due to our excellent tour guide Lynda. Both the content and logistics of the tour were perfect. I highly recommend Lynda and her tour company: