This post is unlike any of my previous ones. It is not about travels or sightseeing, but rather about things I listen during my spare time and would like to share with everybody else. I am a borderline history buff, but even if you’re not one there is a good chance you’re going to love this stuff.

All of the podcasts listed below are free – that is one can subscribe or download the episodes with no charge. Some of them offer additional paid episodes – or even merchandise – but as of November 2016 the main content of these podcasts is available for free. At the same time I encourage you do donate or otherwise support these podcasts financially. All of these podcasters do a super great job, and by supporting any of them you will be contributing to a good cause.

The order in which the podcasts are listed is random and does not correlate with my rating of the content, which is  5 stars out of 5 for all of them.

All of the pictures below are direct links to pictures from the podcasts’ web sites. The only picture in this post taken by yours truly is the featured image above (a view from the roof of St. Peters Basilica).

I am sure there are many other excellent history podcasts that I am unaware of – if you know any of those please let me and the others know!

The History of Rome by Mike Duncan

This is one of the best history podcasts out there. It covers the history of Ancient Rome from the earliest times to the fall of the Western Roman Empire in mid 5th century CE. The podcast is now complete, with 179 episodes about 20-25 minutes long, all meticulously prepared and narrated in an engaging and entertaining manner, with a subtle and balanced touch of humor. It has the quality of a first-rate audiobook, and as far as I know Mike Duncan is now working on one. He also runs guided tours of the places featured in the podcast. Check the link below.

Dan Carlin’s Hardcore History does not follow a single topic, but rather focuses on various events or periods in human history that made heavy impact on the history and took heavy toll on the people and peoples involved. Some of the events span several episodes, which can be several hours long. All of these make highly superb listening. Dan Carlin’s analysis is well balanced, and as impartial as one can get without being boring. Note: Dan Carlin also has another excellent podcast series called Common Sense that addresses hot political topics of today.

History of the Crusades by Sharyn Eastaugh 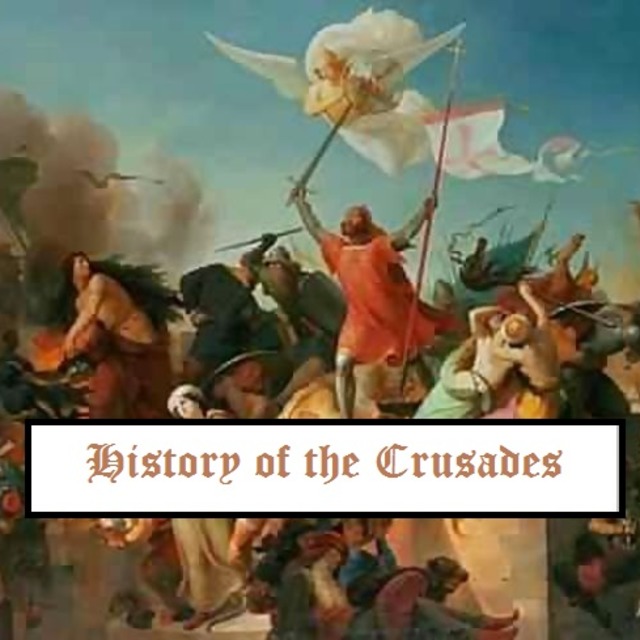 This is an ongoing series of podcasts that started with the first crusades of European Christians into the Middle East (which took about 110 episodes), and continues with the crusades of the Catholic Church against the Cathars, or Albigensians in the Southern France. This second part is still ongoing, with the latest episode being #182, and counting. Sharyn Eastaugh makes a superb job researching and presenting the entangled web of events in late medieval Europe and Middle East, and all of that in a way that is fun to listen to and make one wait impatiently for the next episode. To say that this podcast series is excellent would be an understatement 😉

The History of English podcast by Kevin Stroud

In my view this outstanding podcast focuses more on history than on linguistics, although it has a fair share of the latter in it, but both historical and linguistic narrative are very fun to listen. Language aside, this podcast it probably the best short course on history of England I ever encountered. This series touches upon the origin of the proto Indo-European tribes and their language, the conditions that facilitated the spread of their speech over Europe and parts of Asia, the origin of the alphabet, the multiple conquests of England and the evolution of English from the old Anglo-Saxon language to Middle English – and hopefully beyond that – this is an ongoing series, now at episode 85 dealing with the time of Henry II Plantagenet.

The History of Byzantium by Robin Pierson

This series, as its author Robin Pierson acknowledges, was inspired by Mike Duncan’s History of Rome mentioned above. Although Mr. Duncan has set a very high standard, the History of Byzantium is totally up to the challenge. The story takes over right where the History of Rome ended, and focusing on the Eastern Roman Empire, that became somewhat erroneously known as Byzantine Empire. There are 118 episodes out there and counting. This podcast is another example of how a talented and dedicated author can turn a seemingly boring topic (at least as I percieved it since middle school until now) into a highly entertaining and fascinating listening.

Mike Duncan does it again. Soon after the triumphal completion of his award-winning History of Rome (see above) and inspiring other podcasters (as Robin Pierson, see above), Mr. Duncan started a new endeavor spanning many centuries and continents. This series focuses on the major revolutions that shaped the human civilization. So far Mr. Duncan has covered the English Revolution of the mid-17th century, the American Revolution and the War of Independence, the French Revolution of late 18-th century, the Haitian Revolution of about the same period and beyond, and now is going through Bolivarian Revolution in Spanish Americas. This is one of the very best history podcasts by one of the very best history podcasters.

I am sure there are many other excellent history podcasts that I am unaware of – if you know any of those please let me and the others know!

Neither this blog nor its author are affiliated, paid or endorsed by any of the podcasters mentions in this post.